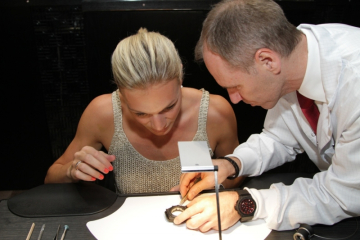 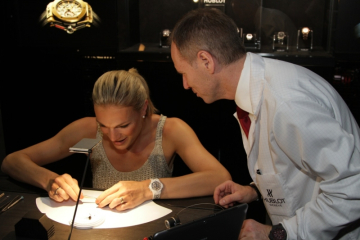 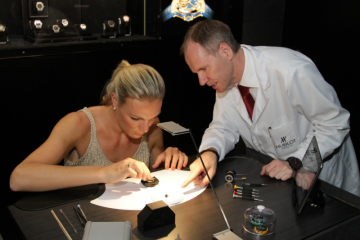 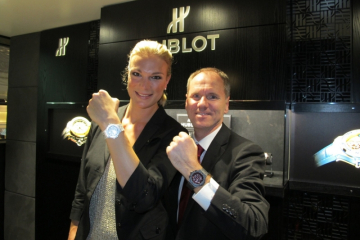 Maria Höfl-Riesch at the HUBLOT & WATCH ACADEMY event at BASELWORLD 2013. Maria is a HUBLOT ambassador and a German ski racer. She is an all-rounder and is one of the most successful athletes of our time. Two Olympic victories at the Olympic Winter Games in Vancouver in 2010, coming top in the overall rankings for the Alpine Ski World Cup in the 2010/11 season, and a gold medal at both World Cups in 2009 and 2013 are some of her greatest successes.